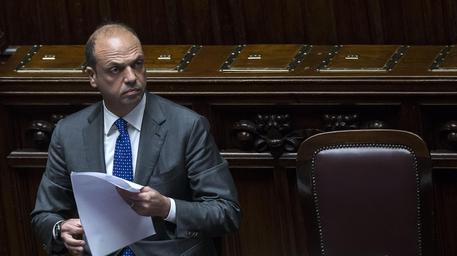 (see related) (ANSA) - Rome, January 26 - Interior Minister Angelino Alfano said Tuesday that he had "already accounted" for the possibility of staging a referendum to scrap a bill regulating civil unions, including same-sex ones, if it is passed into law. "I think that, when faced with such a difficult parliamentary decision, it could be a rational decision to let the people decide, if the law were perceived as an excess, in one direction or another," Alfano told Radio Capital. Alfano is the leader of the small New Centre Right (NCD) party, a minority partner in Premier Matteo Renzi's governing coalition, which is opposed to some parts of the bill. Renzi, the leader of the centre-left Democratic Party (PD), is backing the bill.