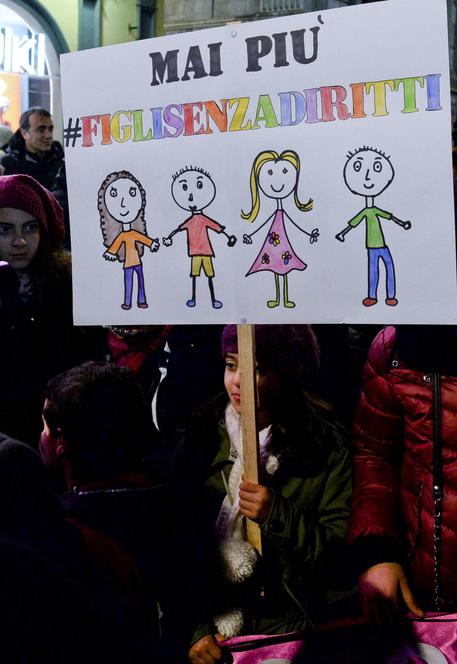 (ANSA) - Rome, January 26 - Council of Europe Secretary-General Thorbjorn Jagland on Tuesday encouraged Italy to pass a civil unions bill guaranteeing rights for gay couples.
"I encourage #Italy to ensure legal recognition for same sex couples as per @ECHR & as in majority of @CoE states," he tweeted. A civil unions bill that would extend rights enjoyed by straight married couples to committed gay couples - such as the right of one spouse to inherit the other's property or pension, or to make decisions in their stead should one partner be incapacitated - is now before parliament.
Italy is the only western European country not to have either legalised gay marriage or recognised civil unions between same-sex couples. The European Court of Human Rights in July 2015 condemned Italy for failing to give gay couples legal "recognition and protection", and said the State must change its laws to remedy that.
"The legal protection currently available in Italy to same-sex couples...not only failed to provide for the core needs relevant to a couple in a stable and committed relationship, but it was also not sufficiently reliable," the human rights court said in its ruling.
The court also ordered the State to pay damages of 5,000 euros to each of the three gay couples who brought the case against Italy to Strasbourg, and awarded another 14,000 euros to cover legal costs.
Premier Matteo Renzi has said his government would introduce laws on same-sex unions this year.
Neither same-sex marriage nor civil unions between same-sex partners are legally recognized in Italy but some cities, including Rome, have a civil union register.
Catholics across the political spectrum, including some in Renzi's centre-left Democratic Party (PD), object to a measure in the bill allowing gay spouses to adopt their partner's biological children.
The PD Senate caucus on Tuesday approved the framework of the bill. The PD has granted freedom of conscience on some provisions including stepchild adoption, but divisions remain within the party.
Interior Minister Angelino Alfano said Tuesday that he had "already accounted" for the possibility of staging a referendum to scrap the bill if it is passed into law. "I think that, when faced with such a difficult parliamentary decision, it could be a rational decision to let the people decide, if the law were perceived as an excess, in one direction or another," Alfano, the leader of the small New Centre Right (NCD) party, a minority partner in Renzi's governing coalition, told Radio Capital. Meanwhile, Gaetano Quagliariello, the leader of a small IDEA group of Catholic lawmakers, said that he was hopeful of obtaining secret ballots for Senate votes on the bill. "We are ready to ask for secret votes," said Quagliariello. "We'll see what amendments it's possible to have them on and we'll do it. "In the GAL (umbrella group that IDEA belongs to) alone we can count on around 10 Senators," he said, adding that the quota of 20 Senators needed to obtain a secret vote was "easily achievable".
Experts see the bill as more likely to encounter trouble in secret votes. PD Senate caucus leader Luigi Zanda said PD Senators "have no interest" in a secret vote on the civil unions bill. "Our position is very clear, we've expressed it in our assemblies, they are transparent positions," Zanda said.