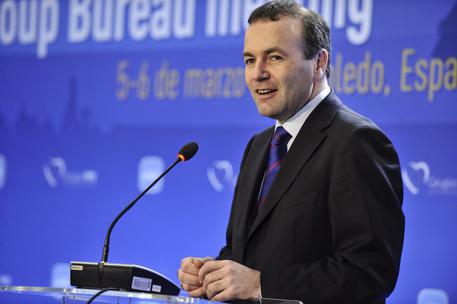 (ANSA) - Strasbourg, January 19 - European People's Party (EPP) caucus leader Manfred Weber of Germany said Tuesday that Italian Premier Matteo "Renzi is jeopardizing the credibility of Europe to the benefit of populism". Weber told the European Parliament "when we see that Italy is not willing to help Turkey unless there is a trade-off, all that hurts Europe, its strength and credibility". Italy is resisting a three-billion-euro package to help Turkey cope with Syrian migrants over concerns that national governments, and not the EU's common fund, may foot too much of the bill. Weber, a key ally of German Chancellor Angela Merkel, was also speaking amid a row between European Commission President Jean-Claude Juncker, also of the EPP, and Renzi over alleged "insults" against the EC and barbs over migrants, economic flexibility, banks and other issues.