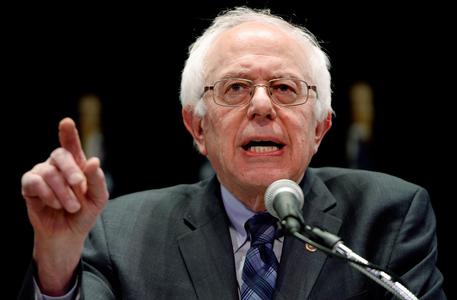 (ANSA) - Rome, January 12 - Bernie Sanders says Hillary Clinton has started attacking him more because she's in "serious trouble" with polls showing the Vermont Senator 14 points head of the former Secretary of State in New Hampshire.
"She's in big trouble and Bernie Sanders is no longer the good guy," Sanders said.
Democratic presidential candidate Clinton is ripping into rival Sanders, saying he offers unrealistic policies and overstates his anti-establishment credentials.
For days, Clinton has cast Sanders as a less forceful advocate for gun control, targeting a 2005 vote he cast that gave immunity to gun manufacturers.
She is now broadening her critique, arguing that if Sanders wouldn't combat the National Rifle Association, he couldn't be trusted to take on other special interests.
Clinton says she has "the scars to show" from going after corporate interests and big business.
The new assault marks an effort by Clinton to undermine the Sanders campaign's central argument that he is a political outsider who will push for radical liberal changes.
It comes as polls also show a tightening race in Iowa.