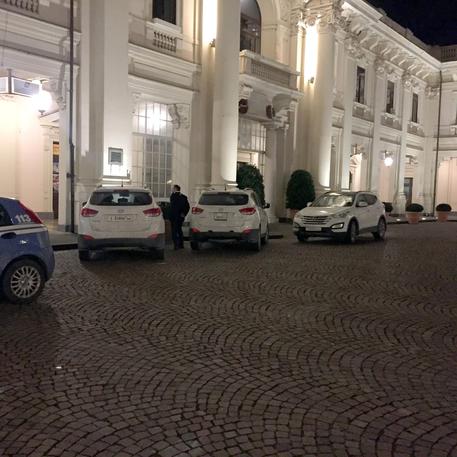 (ANSA) - Genoa, January 7 - Three Libyan citizens arrested at Genoa port on Sunday and suspected of links to the Islamic State (ISIS) militant group were interrogated by Italian authorities for more than six hours on Thursday.
Judge Cinzia Perroni will decide at the end of the questioning whether to release the Libyans or to keep them in prison.
The three say they are car dealers who were on their way to Belgium for business. Prosecutors accuse them of being supporters of ISIS. They face charges of money laundering aggravated by international terrorist intent.
Anti-terror police arrested the men on Sunday evening as they disembarked at Genoa port from a ferry coming from Tunis.
They have been named as Abdel Kader Alkurbo, 50, travelling on a Swedish passport, Muhamad Ali Mosa Lufty, 43, resident in Brussels, and Mohamed Abdel Mohamed Amar, 39, travelling on a Belgian passport.
Police found on their cellphones pictures of armed children, scenes of war and of people hailing ISIS, wounded people and images linked to jihad.
One of the pictures showed the men swearing allegiance to the black flag of ISIS, police said.