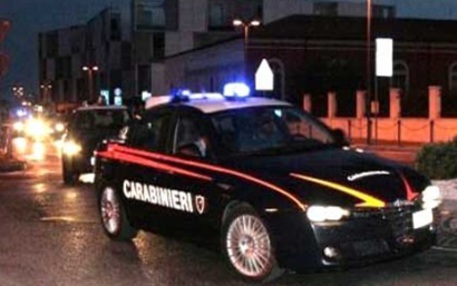 (ANSA) - Genoa, December 5 - Digos anti-terror police have arrested three Libyan citizens as they disembarked at Genoa port from a ferry coming from Tunis, police said Tuesday.
The three aged 50, 43 and 39 were arrested Sunday evening and face charges of money laundering aggravated by international terrorist intent.
They were named as Abdel Kader Alkurbo, 50, travelling on a Swedish passport, Muhamad Ali Mosa Lufty, 43, resident in Brussels, and Mohamed Abdel Mohamed Amar, 39, travelling on a Belgian passport.
Police found on their cellphones pictures of armed children, scenes of war and of people hailing Islamic State (ISIS), wounded people and images linked to jihad.
The suspects were traveling without any luggage in three identical Hyundai cars.
After the arrests, police made blanket checks of Internet points in Genoa in a bid to find jihadi sympathisers.
Controls have been stepped up in the wake of the November 13 Paris terrorist attacks that killed 130 people.
The arrests follow on the December 31 arrest at Genoa airport of a man and a woman, both allegedly from Iran, heading to London with fake Belgian documents. The two were booked on terrorism charges. Their cell phones also contained images of weapons and warfare. A preliminary investigations judge said they may be part of an international terrorist cell.