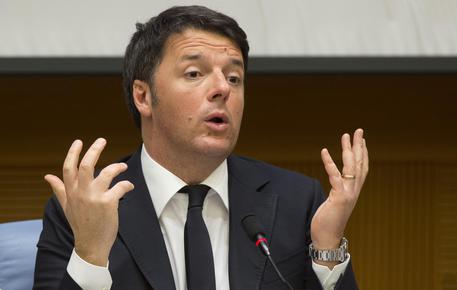 (ANSA) - Rome, January 4 - Italian Premier Matteo Renzi was quoted as saying Monday that Italy has to pass a law immediately on civil unions so that the country can catch up with the rest of Europe.
"The wound has to be healed, we are at the tail end of the queue in Europe," Renzi told La Stampa newspaper in an interview.
Renzi also said he is not bothered at the prospect of an increase in support for the anti-establishment 5-Star Movement, which is in power in a handful of towns across Italy.
Renzi added that his concerns are "the country, its recovery, its re-launch. As far as regards the Five Stars, their way of governing is the best advertising spot for the Democratic Party (PD)," Renzi said.