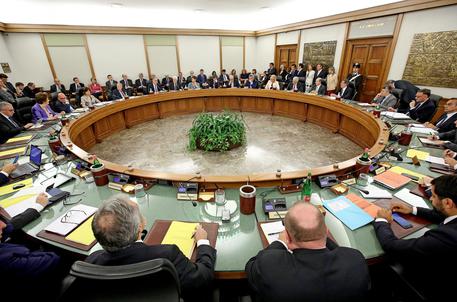 ++ CSM opens inquiry into Banca Etruria prosecutor ++ Rome (ANSA) - Rome, December 17 - The Supreme Council of Magistrates (CSM), the judiciary's self-governing body, on Thursday opened an inquiry into Prosecutor Roberto Rossi, who is leading an investigation into Banca Etruria. The latter is one of four failed government-rescued banks. One of Banca Etruria's clients, a pensioner, committed suicide after his life savings went up in smoke.
The CSM will look into whether Rossi is incompatible with the Banca Etruria inquiry because he also works as a government consultant.
Reform Minister Maria Elena Boschi will face a no-confidence vote Friday called by the opposition after it emerged her father was on the board of Banca Etruria.