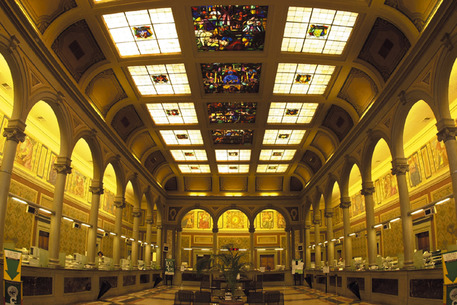 (ANSA) - Arezzo, December 15 - Two former Etruria Bank managers have been placed under investigation on suspicion of conflict of interest, prosecutors said Tuesday.
The suspects are the bank's last chairman, Lorenzo Rosi, and the former board member Luciano Nataloni, ex deputy chairman of Banca Del Vecchio. They are being probed in the third strand of an investigation that has also concerned allegations of false invoicing and obstruction of oversight. Rosi and Nataloni were named in an official report drawn up by Bank of Italy inspectors following checks. The inspectors alleged a conflict of interest for Rosi in relation to the cooperative 'La Castelnuovese' that he chaired. Nine separate allegations of conflict of interest were moved against Nataloni. Banca Etruria is currently under the spotlight as one of four failed banks recently rescued by the government. Last week pensioner Luigi D'Angelo, 68, hanged himself after losing his life savings in now worthless Banca Etruria bonds.