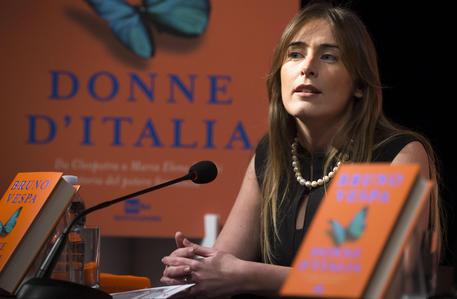 (ANSA) - Bologna, December 14 - Premier Matteo Renzi's Democratic Party (PD) stood by its Reform Minister Maria Elena Boschi on Monday, as the opposition clamored for a no-confidence motion against her.
The anti-establishment 5-Star Movement, Silvio Berlusconi's center-right Forza Italia (FI), and the rightwing anti-immigrant Northern League argue Boschi has a conflict of interest because her father was vice president of Banca Etruria, one of four failed banks recently rescued by the government.
Pier Luigi Boschi was an executive at Banca Etruria for eight months, reportedly stepping down when the Bank of Italy placed the lender under receivership in February this year. "Not only is there no embarrassment, but there is full support from me and what I represent within the PD," said the Filippo Taddei, who is in charge of economy.
"Given the timing of Minister Boschi's father role at Bank Etruria and that of the government's decision (to bail it out) it would be very difficult to argue - whether reasonably or politically - that the intervention was dictated by a conflict of interests". Pensioner Luigi D'Angelo, 68, hanged himself last week after losing his life savings in now worthless Banca Etruria bonds.