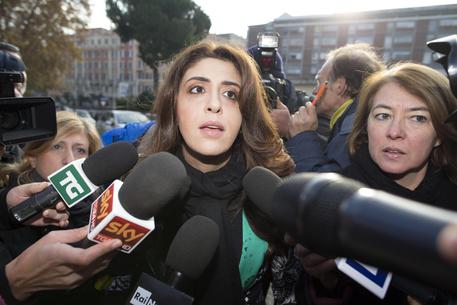 (ANSA) - Vatican City, December 11 - The Vatileaks 2 trial may take up to two months to resume, Vatican Spokesman Father Federico Lombardi said Friday.
"A delay of two months is plausible" given the time needed to prepare various expert testimony, he said.
Earlier this week a Holy See court ruled that Vatican Secretary of State Pietro Parolin should be called as a witness.
The court granted a request by the defence team of one of the five accused, Francesca Chaouqui, to call as witnesses Parolin and Santos Abril y Castello', the president of the Commission of Cardinals of the Vatican bank, IOR.
The court rejected a petition by Chaouqui's lawyers challenging the Vatican's jurisdiction over the case on the grounds that the alleged crimes took place in Italy.
The court agreed to Chaouqui's request for an expert to analyze electronic communication via email, text and Whatsapp messages between her and Monsignor Lucio Angel Vallejo Balda, a senior Spanish clergyman who is also among the people in the dock, and who has claimed Chaouqui had sex with him in a Florence hotel. But it rejected a request from Vallejo Balda's lawyers for an evaluation of his psychological state.
Vallejo Balda and PR expert Chaouqui were both members of the now-defunct COSEA commission set up to advise Pope Francis on the reform of the Holy See's economic and administrative structure.
Investigative journalists Gianluigi Nuzzi and Emiliano Fittipaldi and Vallejo Balda's former assistant Nicola Maio are also on trial.
Chaouqui, Balda and Maio are charged with leaking confidential material and Nuzzi and Fittipaldi with using it in two recently published books - one titled Avarice, the other Merchants in the Temple - documenting alleged Vatican waste and mismanagement and lavish spending by clergymen.