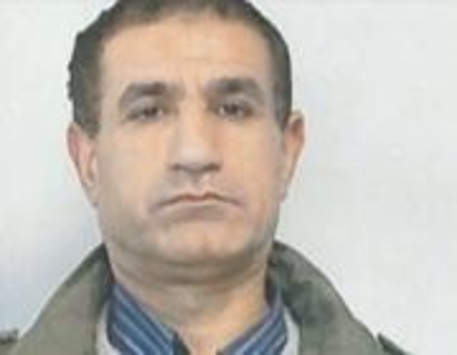 (ANSA) - Bari, December 10 - An Iraqi terror suspect on Thursday denied being a jihadist and using the word truffles as code for bombs in wiretapped conversations. "I was talking about actual truffles," Majid Muhamad, 45, told a magistrate during a three-hour interrogation. Muhamad was arrested Monday on charges of abetting the illegal immigration as part of an international terrorism probe into at least 10 suspects.
Muhamad is thought to have helped people linked to an Italian cell of the Ansar al-Islam terror group and "aiding the entry into Europe of people linked to Islamist fundamentalist combatant circles," police sources said.
He allegedly organized the illegal entry into Italy of numerous foreigners using fake documents including 11 people from Egypt, Iran, Morocco, Pakistan, and Turkey whom he helped find accommodation in Bari between March and September, investigators said.
Muhamad was released from an Italian prison in January after serving 10 years for international terrorism.
He moved to Bari after his release, after winning an appeal against an expulsion order.
Within months of his release he became the leader of a group of foreigners including Georgians, Moroccans, and Tunisians he met in a kebab bar in Bari, investigators said.
Among those he had contact with were an Iraqi citizen, Ridha Shwan Jalal, arrested in Bari August 5 as he was about to embark on a ferry to Greece.
Some months before, Jalal had asked a travel agency in Matera for an estimate on 20 plane tickets from Sulaymaniyah International Airport in Iraqi Kurdistan to Paris via Istanbul.
The tickets were for as many Iraqis who would leave in groups of five, investigators said.
Jalal was released and vanished.
Investigators later learned that he transited through the port of Bari the same day as Abdeslam Salah, the terrorist being hunted for the November 13 terror attacks in Paris.
Muhamad had telephone contact with numerous people believed to be linked to the Ansar al-Islam terrorist group, including some who were arrested recently, they added.
Many of them addressed him as Mullah Fouad, the name he used inside Ansar al-Islam.
Wiretapped phone conversations revealed Muhamad used what police believe to be code for explosives when he spoke of 2 kilos of "truffles" his wife sent him from Iraq.
Investigators are checking on people Muhamad called from his mobile in Afghanistan, Britain, the Czech Republic, France, Germany, Greece, Norway, and Tunisia.
Many contacts were with members of a terror group based in Parma that was broken up by arrests but that he evidently was trying to rebuild, they said.
During a February raid on a Bari apartment, police confiscated from Majid postcards he sent from prison in which he exalted the jihad, or holy war.
He also mentioned the Islamic State (ISIS) extremist organization as early as June 2011 though it was not generally known then, police added.
Bari Police Chief Antonio De Iesu said there is no evidence so far that Majid or the others under investigation were planning a terrorist attack, but said inquiries are continuing.