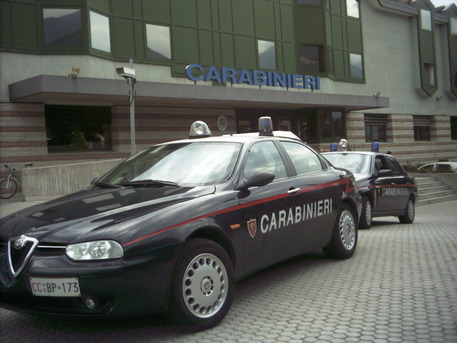 (ANSA) - Milan, December 9 - A man confessed to police on Wednesday to stabbing his wife to death overnight Tuesday, said police in the province of Varese, northwest of Milan. Police said the 30-year-old woman from Albania was killed in front of the couple's children in their home after an argument.
The victim's husband called emergency services and subsequently confessed to police.
Meanwhile, in the southern province of Caserta, near Naples, two Algerians were arrested and detained Wednesday after police found them with a woman burning alive in her bed.
Police said the woman's boyfriend, Fakir Ali Cherif, and another man, Bach Sais Rachid - both 47-year-old homeless illegal immigrants from Algeria - had covered the 30-year-old woman from Kazakistan with alcohol and set her on fire. When police arrived on the scene, they put out the flames using a bed sheet.
The woman is in hospital in life-threatening condition with burns covering 60% of her body.