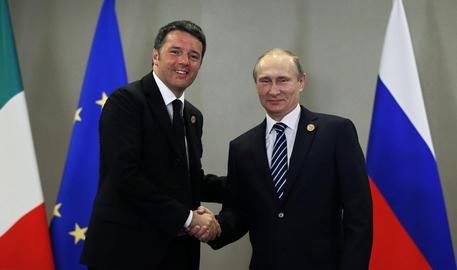 (ANSA) - Brussels, December 9 - Italy has requested a "political debate" on the renewal of the European Union's sanctions against Russia, which are set to expire on December 31, diplomatic sources in Brussels said on Wednesday. The sanctions were imposed over Moscow's 2014 annexation of Ukraine's Crimea peninsula and its support for pro-Russian separatists in Eastern Ukraine. The extension of the sanctions was set to be approved automatically at a meeting of the 28 member States' ambassadors to the EU on Wednesday, but Italy did not give the green light to it going through without a debate, the sources said. As a result, the Luxembourg duty presidency of the EU withdrew this issue from the agenda for Wednesday's meeting, pending a decision on whether to defer the question to Monday's meeting of EU foreign ministers or the December 17-18 summit of European leaders. Also on Wednesday, Russian Foreign Minister Sergey Lavrov said Moscow is ready to assist Italy in its efforts to stabilise Libya. "I understand how important the problem of Libya is for Italy, for both geographical and historical reasons," Lavrov told a meeting with Italian reporters. "We reiterate our understanding and we are ready to help.
(Russian President Vladimir) Putin has told (Italian Premier Matteo) Renzi this". Chaos in Libya, where two conflicting governments claim to be the legitimate powers, has been blamed for the deterioration in the Mediterranean migrant and refugee crisis and there are concerns about the spread of the Islamic State (ISIS) fundamentalist insurgency in the former Italian colony. "I don't know if (ISIS leader Abu Bakr) al-Baghdadi is in Libya, but we have information that ISIS is in (the Libyan city of) Sirte and that his cells are there in addition to the local militias and that Sirte is becoming a branch of (ISIS's 'capital' in Syria) Raqqa," Lavrov said. "This raises concerns. It's important for al-Baghdadi to show that his project is a success with the continual expansion of the caliphate". Lavrov also said Italy, whose position on Russia on issues including the Ukraine crisis has been softer than other Western States, was a key partner for Moscow. "We greatly value the relations between Russia and Italy because they are of a particularly strategic nature," he said.
"The relationship is not just on paper, it's rooted in the countries' reciprocal fellings about how we live life and about how we want to build relations with Europe".