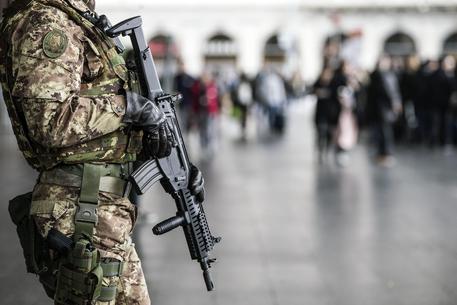 (ANSA) - Rome, December 9 - The government looks set to enact a security spending package without waiting for a green light from the European Union, majority sources said Wednesday. The package would bring the 2016 national budget deficit from 2.2% to 2.4% of GDP in order to pay for boosted security in the wake of the November 13 Islamist terror attacks in Paris, the sources said.
Center-left Premier Matteo Renzi last week announced a two-billion-euro spending package on security and culture to go into the budget bill and to be rolled out in two phases.
Last week, it emerged that the first part of the security package would take advantage of between 500 and 600 million euros in extra cash derived from the 'voluntary disclosure' of previously undeclared offshore assets. The rest would be dependent on the EU giving the green light to Italy's request for greater flexibility in the application of its budget rules.
This week it appears that this will no longer be the case, and the government will likely enact the measure in a single phase and without waiting for EU approval.
The European Commission is currently vetting the government's proposed 2016 budget and its opinion will likely be given in the spring.
Italy has so far gotten permission to use EU flexibility clauses for reforms (+0.2%) and investments (+0.3%) but not for the migrant and refugee emergency - which would add 3.3-billion-euro room for maneuver or +0.2% flexibility.