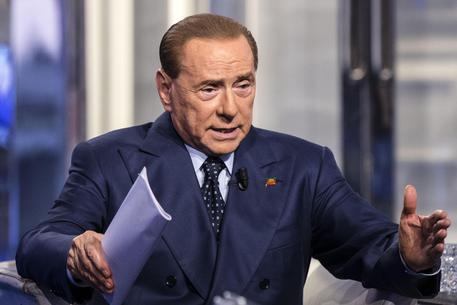 (ANSA) - Rome, December 2 - Former Italian premier Silvio Berlusconi spoke out on the need for Italy's participation in an anti-ISIS coalition and said many Western leaders are underestimating the ISIS threat, in an interview published Wednesday in Italian daily Corriere della Sera.
"We can't delude ourselves that others will make wars for us, and wait to gain the benefits of it," Berlusconi said.
"I don't see an effective awareness of the serious of the situation on the part of many Western leaders," he said.
Berlusconi said Italian Premier Matteo Renzi is "wise" in being cautious about fighting the Assad regime without a viable leader as an alternative, but called caution against fighting ISIS "an ambiguity that we can't allow".
In terms of alliances, Berlusconi said, "I'm at the full disposal of my country to support forming a UN-backed coalition," and also he encouraged cooperation with Russia.
"We all have to realise that Russia is an indispensable ally, not an enemy," he said.
In terms of domestic politics, the head of Forza Italia called the possibility of an election run-offf between the Democratic Party and the anti-establishment 5-Star Movement "a nightmare scenario" and said if forced to choose between the two, he'd leave his ballot blank, "just as many of the Forza Italia electorate probably would".
He also said he is committed to supporting a "no" vote in a referendum on government reforms.
"We will oppose in all ways a reform custom-tailored for PD".