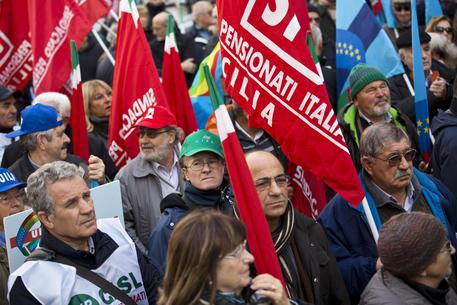 (ANSA) - Rome, December 1 - The burden of social-security and pensions contributions in Italy is among the highest among OECD States, the organisation said in its 'Pensions at a Glance 2015' report Tuesday. It said that contributions in Italy amounted to 33% of wages, with 23.81% paid by the employer and 9.19% by the worker.
"As a result, Italy has the third highest pension-related revenue (as a percentage of GDP) in the OECD after Greece and Spain, which is needed to pay current pensions," the report said.
"Recent reforms have improved the financial sustainability of the pension system but spending remains high. "In 2010-2015, Italy spent the second largest proportion of national income on pensions among OECD countries. "With the 2011 (pension) reform, major steps were taken to reduce the generosity of the system, especially through the increase in the retirement age and its equalisation between men and women, but population ageing will continue to exert pressure on the financing of the system... "Many retirees currently receive relatively generous pension benefits despite a low level of past contributions".