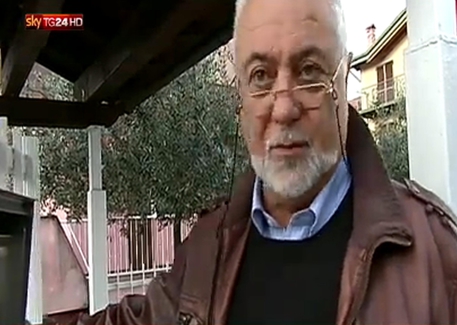 (ANSA) - Milan, December 1 - Examinations have shown that Francesco Sicignano, the pensioner who shot and killed a would-be burglar at his villa on October 20, could have fired the shot inside his home and the young man could have managed to drag himself out of the property even while dying, it emerged on Tuesday.
The results of the examinations are compatible with Sicignano's version of events and could lead to a reduction of the voluntary manslaughter charge against him.
Albanian Gjergi Gjonj, 22, was shot in the heart as he was mounting the stairs outside the villa at Vaprio d'Adda near Milan, Carabinieri investigators said.
However the pensioner insisted he was inside and threatening him, and managed to drag himself out after being mortally wounded.
"I shot him in the house, he was threatening (me) and then he dragged himself out onto the exterior stairs still alive," Sicignano told prosecutors during questioning.