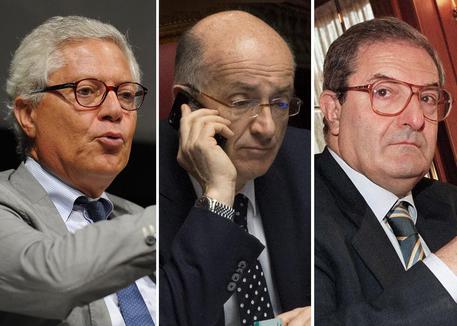 (ANSA) - Rome, November 25 - A joint parliamentary session failed to elect three judges to the Constitutional Court on Wednesday after none of the candidates reached the necessary quorum of 571 votes. Augusto Barbera took 536 votes, followed by Giovanni Pitruzzella with 492 and Francesco Paolo Sisto with 511. The three candidates were reportedly agreed in a deal between the Democratic Party (PD) of Premier Matteo Renzi and ex-premier Silvio Berlusconi's Forza Italia (FI). Franco Modugno, supported by the Five-Star Movement (M5S) took 140 votes, Gaetano Piepoli (an MP with the small Civic Choice party) took 56 and Felice Besostri 10.
"The carving up of seats in perfect Party of the Nation style has failed: if they want to change method and use ours we are ready and I think that now we are more necessary than ever," said MP Danilo Toninelli of the M5S, which refused to enter into an agreement with the PD over candidates.
Meanwhile PD party whip in the Lower House Ettore Rosato said its candidate Barbera would "remain". FI House and Senate whips Renato Brunetta and Paolo Romani also confirmed their candidate Francesco Paolo Sisto. A new date has not yet been set for a fresh vote. The constitutional court is composed of 15 judges of who five are appointed by the president of the republic, five by the supreme council of the magistrature and 5 by parliament in a joint session.