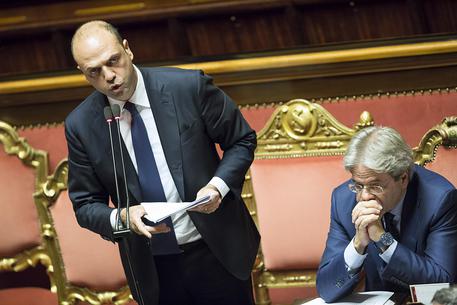 (ANSA) - Rome, November 24 - Interior Minister Angelino Alfano on Tuesday signed an order to expel a Tunisian resident of the Brianza area in northwestern Lombardy on suspicion of being a terrorist threat. This brings to 60 the expulsions carried out since last December, Alfano said. Wiretap surveillance revealed the suspect was "willing to become a martyr" (for Islam) and to murder his estranged Italian wife "in fear she might convert their children to Christianity," Alfano said.
Italy guarantees freedom of religion but will expel those who don't respect the law of the land, the minister said.