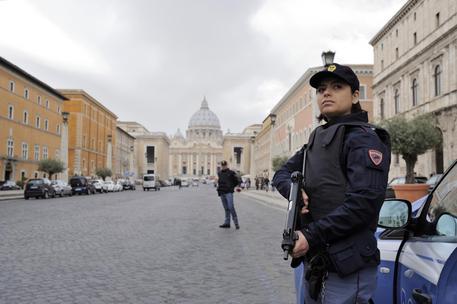 (ANSA) - Rome, November 17 - As many as 24,000 uniformed police and army soldiers are being deployed to protect Rome and its province against terrorism as the Jubilee approaches, Interior Minister Angelino Alfano said Tuesday.
"We decided to use 1000 men from the armed forces, 700 are already arriving, and another 300 will arrive," he said, "in addition the prefect has 1,226 soldiers from the Secure Streets operation at his disposal," Alfano told Radio Anch'io.
"This is not to preside over things from a military standpoint but to increase fixed sentry positions - we won't see army trucks going around Rome".
Security has been stepped up at French buildings in Rome, the Vatican, areas where tourists gather, the 12 most busy areas of the historic centre of Rome and night life districts in a "very meaningful plan," Alfano added.