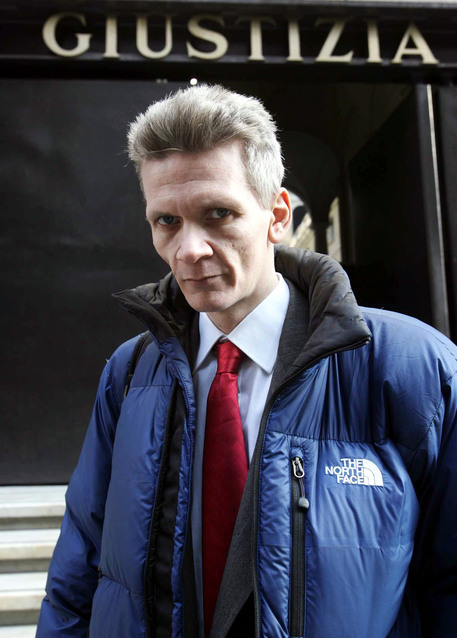 (ANSA) - Rome, November 17 - The Audit Court on Tuesday ordered 16 Italian policemen to pay a reduced total of 110,000 euros in damages to a British journalist among those beaten up by police during an infamous raid on anticapitalist sleeping quarters during the Group of Eight summit in Genoa in 2001.
The payment to Mark Covell was reduced from 350,000 awarded him in 2012.
The reduction, the Audit Court said, was due to the fact that the actual officers who carried out the attack have never been identified. Covell was unconscious for 14 hours after police in riot gear raided the Diaz school, used by anti-globalist protesters to sleep in.
The bludgeoning left him with a vein twisted around his spine, a perforated lung, broken fingers, ten smashed teeth and eight broken ribs.
Two other people were left comatose and 26 were hospitalized the same night in an incident Italy's supreme court has said discredited Italy in the eyes of the world.