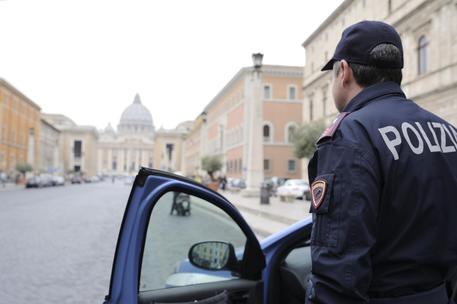 (ANSA) - Rome, November 17 - Cardinal Angelo Bagnasco, the head of the Italian bishops' conference (CEI), on Tuesday said it would be an error to cancel the Catholic Church's upcoming Holy Year devoted to mercy in the wake of Friday's terrorist attacks in Paris.
"Cancelling the Jubilee would be totally mistaken, it would be a big disappointment for the people of God and for all of us," said Bagnasco, refering to the extraordinary Holy Year called by Pope Francis which will start next month. "This is a great grace that we must live to the full.
"I don't sense fears for the Jubilee either among my brothers or in the Christian communities," he said on the fringes of the inauguration of the new academic year at the Pontifical Lateran University. "Vigilance is higher, more watchful and dutiful," he added. "There absolutely must not be panic among the people who must regard Rome, the pilgrimage to the Holy Door, with the usual serenity and the wish to pray on the tomb of St. Peter".
An Ixè survey for Raitre television released Tuesday, however, said that around 46% of Italians fear terrorist attacks during the Jubilee.
The percentage is an increase of eight points on last Friday before the Paris massacre. Interior Minister Angelino Alfano said Tuesday that the Italian authorities were continuing a large-scale campaign to prevent terrorism, while warning that it was not possible to eliminate the threat of attacks completely. "Prevention is a grey job that you don't see, but it is based on important figures," Alfano told State broadcaster RAI.
"It's necessary to lower the risk coefficient, not reduce it to zero, because zero risk does not exist".
The minister said 24,000 uniformed police and army soldiers are being deployed to protect Rome and its province against terrorism as the Jubilee approaches. "We decided to use 1,000 men from the armed forces, 700 are already arriving, and another 300 will arrive," he said.
"In addition the prefect has 1,226 soldiers from the Secure Streets operation at his disposal". Indeed, Rome commuters were greeted by the sight of soldiers guarding the subway stations on Tuesday. Public transport company ATAC confirmed the measure was taken in the wake of Friday's terrorist attacks in Paris. The military and law enforcement officers are also deployed at the Vatican, train stations, airports, places of worship, and places where the public is likely to gather, including night spots.
Health Minister Beatrice Lorenzin, meanwhile, said emergency plans in case of a terrorist attack on Italian soil are being put in place in agreement with the interior ministry.
"We have bolstered emergency health services and staff in view of the Jubilee," she said, adding further protocols are in place in case of terrorist attacks. "We hope we will never have to use them," she said, adding the ministry is assessing possible surprise stress tests to make sure the system is working. She added the ministry already has a Crisis Unit in place in case of terrorist attacks with biological weapons. After the Vatican on Monday said that Pope Francis's agenda will not be changed by the Paris attacks, on Tuesday Rome's Jewish community said that the pontiff will visit the city's Synagogue on the afternoon of Sunday January 17.
Francis will be the third pope, after John Paul II and Benedict XVI, to visit the synagogue. It will be a "meeting charged with symbolic meanings, also in light of the dramatic events of these months and the commitment which religions and religious leaders are called to assume in the struggle against darkness" said Pagine Ebraiche (Jewish Papers), the magazine of the Italian Jewish communities.