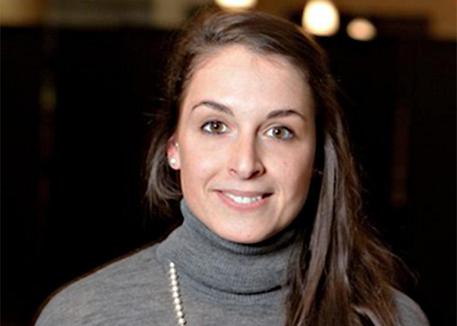 (ANSA) - Venice, November 16 - Flags will fly at half-mast in the hometown of Valeria Solesin, the sole Italian victim in Friday's terrorist attacks in Paris, until the day of her funeral, said Venice Mayor Luigi Brugnaro on Monday.
Solesin, 28, was a doctoral student in sociology at Sorbonne University and was killed at the Bataclan concert hall.
Brugnaro declared the day of Solesin's funeral as a city-wide day of mourning.
Solesin graduated from the Trento University and was remembered on Monday during a minute of silence at noon in all public offices throughout the region of Trentino-Alto Adige, declared by regional governor Ugo Rossi.
The university followed suit with a minute of silence at noon during a class in the sociology department, followed by a statement from the conference of Italian university rectors (CRUI).
The Italian consul in Paris, Andrea Cavallari, spent Friday night confirming Solesin's identity and on Saturday officially notified Solesin's family of her death.
Cavallari confirmed that for the moment there are no other Italians known to have been killed in the attacks. Solesin's mother, Luciana Milani, said her daughter was in the last year of her sociology doctorate, specialising in family welfare, and that she did volunteer work with Paris's homeless population.
"It was a way to better know the place where she went to live temporarily, to satisfy her desire to help, beyond (the desire) for knowledge," Milani said.
"I'll miss her very much, and I think that our country, Italy, will miss her, for the gifts that she had".
Solesin's death was also recognized by Italian heads of state President Sergio Mattarella, who said she represented "our future", and Premier Matteo Renzi, who said a scholarship will be created and named in her honour.