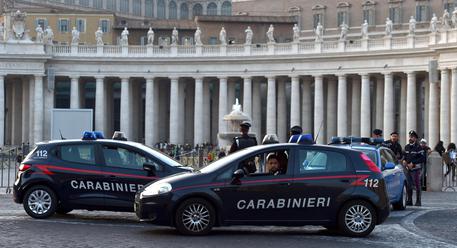 (ANSA) - Rome, November 16 - Interior Minister Angelino Alfano told the Lower House Monday officials are increasingly concerned over possible terror attacks during Pope Francis' Jubilee year, which begins in December. "Rome and the pope have already been targeted in threatening statements exalting hatred and destruction," Alfano told MPs in the wake of the deadly Islamic terrorist attacks in Paris last Friday.
"We will increase security at sensitive spots, beginning with stationary checkpoints at St. Peter's Square, where pedestrian flows will be regulated. We will also be vigilant as to threats from the skies".
Millions of pilgrims are expected to flock to Rome for the Jubilee Year of Mercy, making security a logistical nightmare.
Alfano also said the Islamic fundamentalist threat has become even more fearsome after the attacks in Paris, whose so-called soft targets included a popular concert venue, busy restaurants, and a football stadium during a friendly match.
This makes detection and prevention even more difficult, Alfano said.
"This is an attack on our life style," he told MPs.