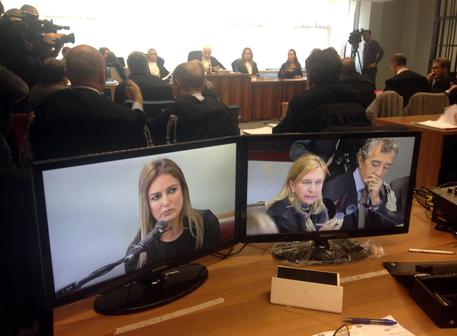 (ANSA) - Bari, November 13 - A Bari court on Friday found four people guilty of supplying former Italian premier Silvio Berlusconi with dozens of women for sex parties in exchange for public contracts.
The judges in the so-called 'escorts' trial sentenced businessman Gianpaolo Tarantini to seven years 10 months in prison and co-defendant Sabina Beganovic to 16 months for racketeering, pandering, procuring, and inducing 26 women into prostitution. The prosecution had sought prison terms of eight years for Tarantini, arguing he procured escorts for Berlusconi because he wanted to run for the European Parliament with Berlusconi's Forza Italia (FI) party in 2009 elections, and also wanted to do business with the country's Civil Protection Service and Finmeccanica aerospace company.
Prosecutors sought three years for Beganovic - a German actress who goes by Sabina Began and was the so-called "Queen Bee" of the parties that were organised at Berlusconi's various residences while he was still premier in 2008 and 2009. Milan public relations executive Peter Faraone got two years six months and businessman Massimiliano Verdoscia was sentenced to three years six months in prison for racketeering.
The prosecution had asked for six years for each.
The court acquitted Tarantini's brother Claudio, and co-defendants Francesca Lana and Letizia Filippi of racketeering and procuring charges.
The court then sent the 'escorts' case file to the prosecutor's office, which may move against Berlusconi for obstruction of justice.