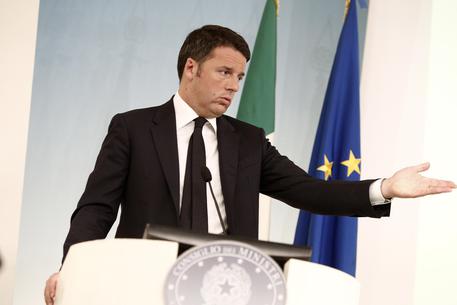 (supersedes previous)(ANSA) - Rome, November 13 - Premier Matteo Renzi said Friday embattled Campania Governor Vincenzo De Luca "should get to work if he's capable". "Justice must run its course...and at the same time De Luca has a right and a duty to be in office," the premier said of the Democratic Party (PD) governor, who is being investigated for corruption.
The PD premier added he has "full, total, unconditional" confidence in the investigating magistrates. "If the judiciary takes action we will take note of that". De Luca is being investigated for allegedly giving in to pressure from Judge Anna Scognamiglio, who is also being probed along with several others.
Prosecutors say the judge pressured De Luca to give her husband a managerial post in exchange for a favorable verdict, which allowed him to take office earlier this year.
Scognamiglio was transferred and is being scrutinized by the justice ministry due to the corruption probe.