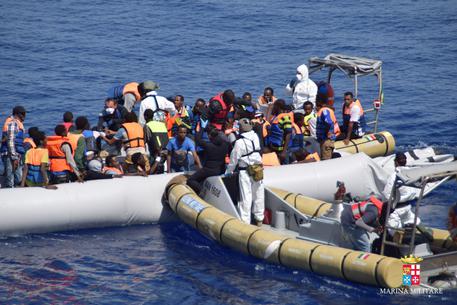 (ANSA) - Palermo, November 13 - Italy has taken in 139,770 migrants so far this year, the Fiori di Acciaio (Steel Magnolias) Association said Friday.
This is 9% less than the same period in 2014 when the total reached 170,100, the organization said during its first national convention titled Immigration and Emigration.
As well, 101,297 Italians emigrated in 2014, up from 94,126 in 2013. The brunt of migrant arrivals is sustained by the Sicilian island of Lampedusa, which lies close to Africa and is the first landfall for asylum seekers sailing to Europe from Libya.
So far 145 boats have landed there so far, bringing a total of 18,129 migrants to the approximately 20-square-kilometer land mass.
Second in line for number of arrivals is the port of Augusta on Sicily's eastern coast, which has seen 113 landings totaling 18,177 migrants as of September 28.
Sicily also tops the list of regions hosting the most migrants in its reception centres and other structures, followed by Lombardy and Lazio.