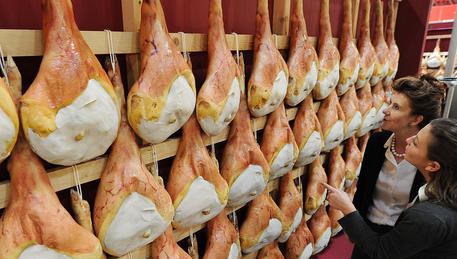 (ANSA) - Rome, November 13 - Italian food producers' association Federalimentare said Friday it may sue the World Health Organization (WHO) for damages after it said eating processed meat is as carcinogenic as smoking.
In the report released October 26, WHO's International Agency for Research on Cancer (IARC) said every 50-gram portion of processed or cured meat eaten daily increases the risk of colon cancer by 18%.
The report also documented links between red meat consumption and stomach, pancreatic, and prostate cancer.
WHO's IARC classified cured and processed meats in the same carcinogenic category as asbestos, alcohol, arsenic, plutonium and tobacco.
Federalimentare said it may sue for damages because WHO's "imprudent" report has no scientific basis and unfairly penalized the meat sector.
It cited figures from Italian meat associations Assica and Assocarni showing consumption of some meat products dropped up to 17% in the week following the release of the WHO report. Health Minister Beatrice Lorenzin has said the alarm raised by the WHO report was "unjustified".
Confagricoltura farmers' association said its impact could prove worse than the mad cow scare.
Coldiretti farmers' association said some 180,000 Italian jobs are at risk because of the report.