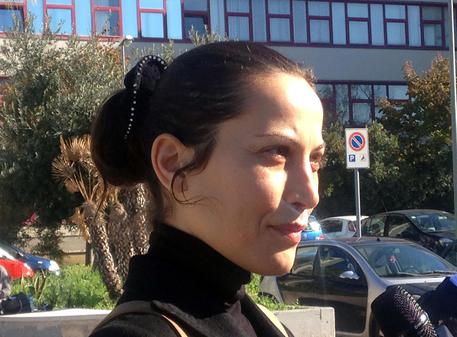 (ANSA) - Bari, November 9 - Sabina Beganovic appeared in the courtroom for the first time on the last day of the nearly two-year trial in which she and six other defendants are accused of supplying former Italian premier Silvio Berlusconi with dozens of women for sex parties in exchange for public contracts.
The prosecution is seeking three years in prison for Beganovic - the so-called "Queen Bee" of the parties that were organised at the former premier's various residences in 2008 and 2009 - for recruiting three women. Beganovic, a German actress residing in Italy who goes by Sabina Began, made voluntary statements to the court both before and after her defence attorney's closing arguments.
"I loved this man very much and I would have done anything for him," Began said tearfully, referring to the former premier with whom she was romantically linked during the time he served as premier.
"Berlusconi was a wonderful man, fantastic. For me he was first a boyfriend and then like a father," she said.
"When you love someone you dedicate your life to them. I wanted to defend the premier. I even said I participated in the bunga bunga parties, but everyone knows that wasn't true. I was working, I didn't need to prostitute girls to make money".
Began said she "organised many dinners, I did it for him (Berlusconi), because he said he needed them. I wanted to please him. Today I regret it and I ask God to forgive me".
Began's defence attorney Fabrizio Siggia asked the judges to acquit his client.
"Began had an intimate relationship with Silvio Berlusconi that allowed her to have free access to the residences of the then-premier," Siggia said.
"She wanted him to have fun ... that's why she invited girls who would 'play along', that were cute, nice and willing to humor him, willing to laugh at Berlusconi's jokes even when they didn't get them".
Siggia said the girls were "lured by the possibility of gaining entrance to a certain environment, knowing that if they were nice they would get something, maybe the opportunity to be a TV showgirl".
Began's attorney said "nothing has emerged to show any direct contact between Sabina Beganovic and any of these girls and there isn't any proof of relations of a sexual nature taking place at (Rome's) Palazzo Grazioli the evening of September 5, 2008", the evening that Beganovic is cited for.
Following her attorney's closing arguments, Began asked once again to make a voluntary statement.
"I ask you to judge me with the heart and not only with the law".