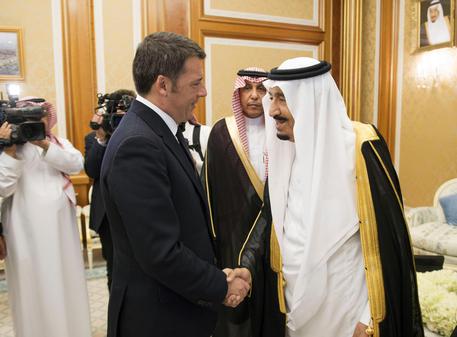 (ANSA) - Paris, November 9 - The OECD said in its economic outlook on Monday that it expects Italy's GDP to increase 1.4% in 2016 and in 2017, 0.1 of a percentage point higher than it predicted in September. It added that Italy's recovery after years of recession was "gradually accelerating".

It also praised the government's Jobs Act labour reform and the suspension of social-security contributions for some groups of workers hired on new permanent opened-ended contracts. It said these measures were "driving a change of direction for the labour market". As a result, it forecast that Italy's unemployment rate will drop from 12.3% this year to 11.7% in 2016 and 11% in 2017.

Premier Matteo Renzi, meanwhile, on Monday blasted opposition parties that he said wanted to block Italy during a visit to Saudi Arabia. "Italy is not just made up of those who want to shout and insult in the street - enough already of those who want to block the country. We're restoring Italy to its place in the world," Renzi said. On Sunday ex-premier Silvio Berlusconi, leader of the centre-right Forza Italia (FI) party, joined Matteo Salvini, the head of the right-wing Northern League, on the stage of an anti-government rally in Bologna.
During the rally, Salvini launched an venomous attack on Renzi's reformist coalition government and called Interior Minister Angelino Alfano a "cretin".
The demonstration was seen as cementing a new alliance on the right of Italian politics, although some FI members expressed reservations about Berlusconi's participation on the grounds that it was moving the centre-right towards extreme positions.
Giorgio Meloni, whose right-wing Brothers of Italy party, like the League, adopts hard-line stances on migration issues, also spoke at the rally.
There were violent clashes in Bologna between police and participants at rival marches against the Salvini-Berlusconi rally, while train services were hit by sabotage of rail lines.