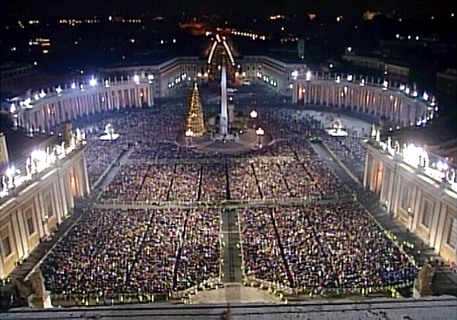 (ANSA) - Rome, November 3 - Pilgrims to Rome for the upcoming Holy Jubilee of Mercy will generate an additional 64 tonnes of rubbish per day in the city, research institute Censis said on Tuesday.
In total, some 23,000 tonnes of rubbish will be generated by pilgrims during the holy year.
Further, the waste will be concentrated in just a small part of Rome and in certain periods of the year. The statistics came as Interior Minister Angelino Alfano met with police and security service chiefs, Rome prefect Franco Gabrielli and the city's extraordinary commissioner Francesco Paolo Tronca to discuss law and order for the Jubilee.
As well, Premier Matteo Renzi was said to be at work with Gabrielli and Tronca to form the 'dream team' that will steer the city through Pope Francis' holy year that opens on December 8. "If all goes well it should be announced by the end of the week, if not I think next week," Democratic Party (PD) Senator and former Rome transport councillor Stefano Esposito said. "It is certainly necessary to have it as soon as possible," he added. In regard to the possibility of double-ups or clashes of responsibility with the sub-commissioners to be appointed by Tronca for the city Esposito said it was "just a question of coordinating things". Tronca was called in after ex-mayor Ignazio Marino was ousted last week following an expenses scandal.