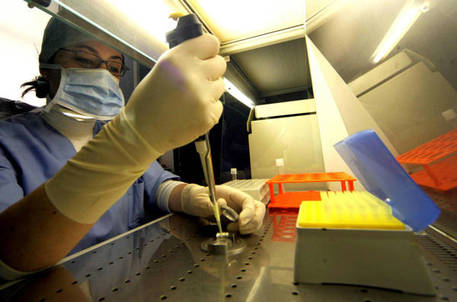 (ANSA) - Milan, October 28 - The Lombardy Regional Administrative Tribunal (TAR) on Wednesday ruled that making patients pay out of pocket for donor fertility treatment is "illegitimate". The court thus upheld an appeal by the SOS Infertility non-profit association against the region's decision not to include the treatment in the public health service.
The court found that requiring couples to pay for donor treatment is illegitimate when the same treatment is free for couples using their own gametes.
This "violates the canon of rationality," the court wrote. The region said it will appeal the decision.
Italian couples unable to conceive on their own were forbidden to use donor sperm or eggs until the supreme Constitutional Court overturned the ban in June 2014.
The justices struck it down because it unfairly penalized low-income couples who could not travel abroad to seek treatment.
In April this year, Italy's highest administrative court suspended Lombardy's law demanding couples pay for donor gamete fertility treatments out of pocket. "Our choice was motivated by legislative and certainly not ideological motivations," authorities said at the time. "The treatment is not included in the health ministry's Essential Health Care Levels (LEA). When it is, the region will do its part".
Lombardy is the only region to request couples pay for the whole treatment. In other regions, couples pay a contribution that is a fraction of the overall cost, which ranges from 1,500 to 4,000 euros.
The court upheld petitions from two medical associations that the regional law created inequality between people seeking fertility treatment in different parts of Italy.