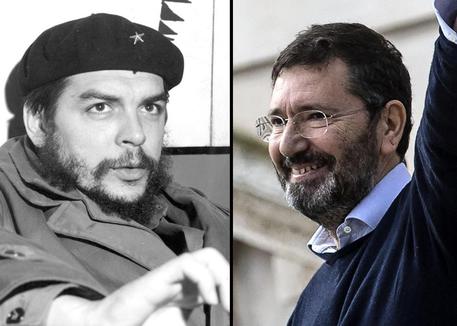 (ANSA) - Rome, October 26 - Outgoing Rome Mayor Ignazio Marino said Sunday he "would not disappoint" supporters who have called for him to withdraw his resignation over an expenses row when the legal term for him to do so expires on November 2.
"I will not disappoint you," Marino told about 2,000 cheering supporters at Rome's Campidoglio (Capitol), quoting Che Guevara's saying "We are realists, we want the impossible".
Marino said he will try to muster support on the city council to keep his term going despite losing the support of his own Democratic Party (PD) of Premier Matteo Renzi.
According to media reports Monday, the PD on the city council is split on whether to join with the opposition in demanding Marino quit in a no-confidence vote.
The PD has said it will ask its councillors to resign en masse to sink Marino rather than risking the secret vote that would be tabled on any no-confidence motion.
The PD says the expenses row was just the last in a long series of cases that mean Marino cannot regain its trust. In the latest row, Marino has said he never used public money for private ends.
He told a press conference last week that he had "never used public money for private purposes, if anything the contrary".
He said when he met social housing officials in New York last summer "I paid for the hotel myself".
He noted he was not under investigation in a criminal probe.
Marino stepped down earlier this month after two opposition parties filed suits claiming he ran up thousands of euros of private expenses on his municipal credit card.
He was effectively ditched by the PD who pulled the plug after months of sometimes grudging support through woes including the 'Capital Mafia' case, an illegally parked car, the glitzy funeral of a mafia boss and Pope Francis's public disowning of him after he claimed to have been invited to an event in Philadelphia.
But Marino has been defiant on the expenses case.
"The petitions filed against me by (anti-establishment 5-Star Movement) M5S and (Fratelli d'Italia) FdI are shameful, written by ignorant people or by people in bad faith," Marino said.
The city of Rome has asked to stand as civil plaintiff in the Capital Mafia trial, starting November 5, involving allegations that an organised crime group muscled in on council contracts worth millions including work with migrants and Roma.
Most of the Capital Mafia cases began under Marino's rightwing predecessor Gianni Alemanno.
Marino has claimed credit for unearthing much of the graft.