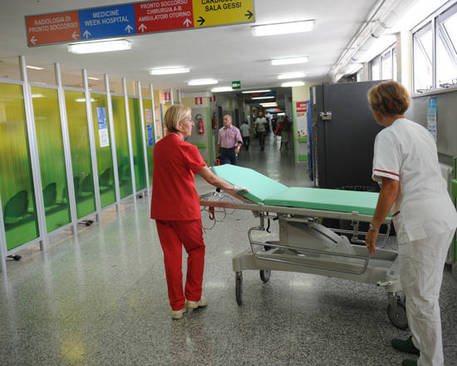 (ANSA) - Rome, October 22 - Regional officials said Thursday that what government takes away in tax and other cuts will have to be made up for on the local level - perhaps with an increase in health co-payments. However, Economy Minister Pier Carlo Padoan said that there will be no need for local authorities to raise taxes due to the abolition of property tax IMU and local-services tax TASI. "We are axing TASI on primary residences, except for stately homes and castles, and we will reimburse the money to the local councils. The councils won't raise taxes," he said.
The minister also defended the budget from criticism that it is not progressive and stressed that the government is committed to "permanent" tax cuts. "The budget is orientated to those with low incomes," he said. "Taxes remain for those with more than one property, which shows that the budget is progressive". Premier Matteo Renzi also weighed in, saying "to those who say that other taxes will rise, I say that in 2016 no municipality or region will be able to raise them compared to 2015, by law". He wrote on his website Thursday that "the soul of the budget bill lies not in taxes but in social welfare investments". However, the regional budget councillors coordinator appeared to disagree when he said it is up to regions to decide whether or not to raise co-payments to offset government cuts to the national health service budget. "The law calls for automatic increases to IRPEF and IRAP tax surcharges, but governors and regional councils can also choose to act on co-payments," said Massimo Garavaglia. Eight Italian regions - Abruzzo, Calabria, Campania, Lazio, Molise, Piedmont, Puglia and Sicily - are already increasing patients' co-payments as well as taxes in a bid to cut health spending and balance their budgets, he said. A government report tracking the budgets of 108 Italian hospitals in 2014, found that 31 were in the red and 24 were at risk of restructuring. In other measures, the latest draft of the government's budget bill would slash civil service turnover in 2016-2018 to 25% of the amount spent on pensions for retired civil servants.
That is down significantly from figures in the previous draft, which called for 60% in 2016, 80% in 2017 and 100% in 2018. As well, the 2016 draft budget sets new ceilings on executive pay at companies owned or partly owned by central and local government. A decree to be issued by April 30 will split the companies into three categories with "qualitative and quantitative" parameters for each and a top limit of 240,000 euros a year.
Also on Thursday, Renzi said his government would cut gambling outlets to 15,000 in the 2016 budget, denying reports that they would be increased by 22,000. In particular, he said, bars with slot machines would be cut from 6,000 to "1,000 at the most". He said "we are combating gambling...anyone saying the contrary is lying". Renzi had come under criticism from groups that help gambling addicts after reports the budget would boost the number of gambling shops, slot machines and video poker outlets. The budget bill must be submitted officially to President Sergio Mattarella for his signature - which Padoan said will happen on Thursday night. After that, it is sent to parliament for debate. The government's draft of the budget bill will likely be made public on Friday, ANSA sources said.