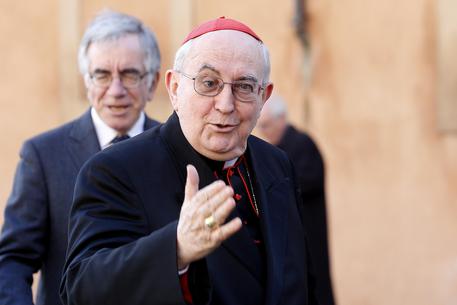 (ANSA) - Rome, October 19 - Vicar General of Rome Agostino Vallini said Monday that he was against recognition of civil unions and argued that the government's bill on this issue was unnecessary. "The family is a different thing," said Vallini, the pope's deputy in the Rome diocese. "The government will make its decisions, but the civil code sufficed". Vallini added that one of the "delicate" aspects of the issue regarded the adoption of children. The bill would give same-sex couples many of the same rights and responsibilities as straight married couples, including the right for one spouse in a civil union to adopt the other spouse's children.
On Sunday Nunzio Galantino, the secretary general of Italian Bishops Conference CEI, blasted the bill, saying it was the result of "cross-eyed policy".
"It's inconceivable that the government is spending so much energy for these special kinds of union and is putting in the corner traditional families, which should be a pillar of society," Galantino said.