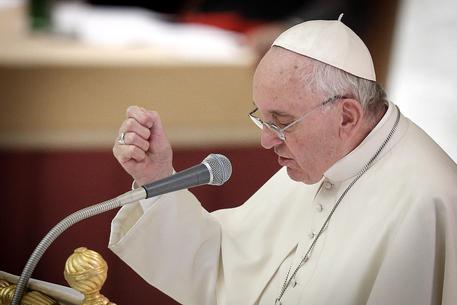 (ANSA) - Vatican City, October 19 - Pope Francis on Monday blasted the attachment to wealth, which he said splits families and causes wars. "Attachment to wealth is idolatry," the pope said during Mass at Casa Santa Marta, the Vatican residence where he lives.
He added that is not possible to "serve two masters" and worship both money and God. "Think of how many families we know who have argued, who don't speak to each other, who hate each other over an inheritance," the Argentine pontiff said. "In this case what's most important is not love of the family, love of children, of brothers, of parents, but money.
And this destroys.
"And it also causes wars, the wars we see today. "Money is behind them - the money of the arms traffickers, the money of those who take advantage of war". Francis said Jesus was not "against wealth in itself" but warned against entrusting one's security to money and rendering religion an "insurance company". http://popefrancisnewsapp.com/