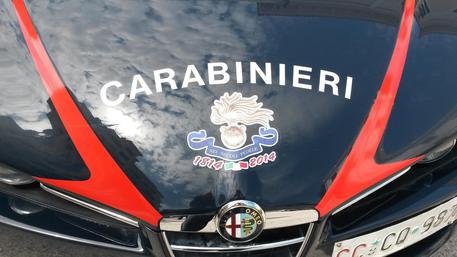 (ANSA) - Rome, October 14 - Two businessmen and one city worker from Rome's Infrastructure Development and Urban Maintenance department were placed on house arrest Wednesday, accused of corruption and obstructing tenders.
They are suspected of having rigged tenders for road maintenance and surveillance contracts with bribes.
As part of the investigation coordinated by the Rome prosecutor's office, police also carried out searches at the companies of the two arrested businessmen, Luigi Martella and Alessio Ferrari, as well as the office of the city worker, Ercole Lalli.
Investigators said they found evidence that on September 27, the businessmen in question paid Lalli 2,000 euros in cash in exchange for confidential information relating to companies competing for city contracts for maintenance and oversight of streets that are part of the "Grande Viabilità" network of city-maintained roadways.
When police intervened, they said Lalli still had the cash in hand, and tried to dispose of the envelope containing 10 100-euro banknotes and 20 50-euro banknotes, which police immediately seized.
Of the contracts included in the investigation, one was among those awarded for Jubilee Year projects and was blocked by Italy's National Anticorruption Authority (ANAC) on Tuesday, just prior to Wednesday's arrests.
ANSA has learned that the businessmen are owners of two firms (as well as sleeping partners in another) - Trevio and Malù Lavori - that participated in a tender for the first round of contracts to be awarded for Jubilee Year projects.
In late August, the process for those tenders came under the examination of a special ANAC unit for Jubilee Year projects together with anticorruption agents from the finance police.
That examination uncovered that the two companies had allegedly concealed their relationship.
The discovery was seen as suspicious, which led ANAC President Raffaele Cantone to issue an opinion against the awarding of the contracts.
The Rome city government consequently halted the process.
Rome councillor for law and order Alfonso Sabella said, "I had reported all of them in April," referring to those arrested Wednesday.
"And we had called them in for today to exclude them from the tender for the Jubilee," he said.