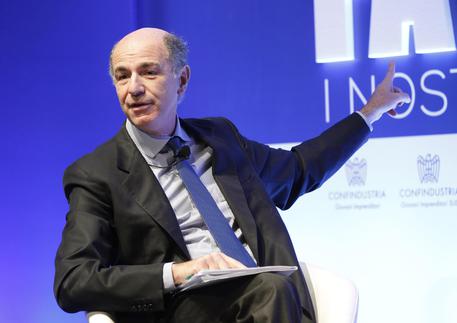 (ANSA) - Ivrea, October 5 - Former minister Corrado Passera and businessmen Carlo De Benedetti and Roberto Colaninno were among 17 people sent to trial on Monday in relation to the asbestos-related deaths of former Olivetti workers. A preliminary hearings judge, however, ruled that the case against 11 other people, including De Benedetti's sons Marco and Rodolfo, be dropped. The trial will start on November 23.
Passera was Italy's transport and industry minister from 2011 to 2013 in the emergency technocrat government of ex-premier Mario Monti.
De Benedetti was president of the IT company, now part of the Telecom Italia group, from 1978 to 1996, Passera was its co-managing director from September 1992 to July 1996, while former Alitalia president Colaninno had a stint as CEO after that.
The case relates to the suspicious deaths of 14 workers at the Olivetti factory in Ivrea, near Turin, who did jobs ranging from assembling typewriters and machine maintenance to painting.
The workers, who died after their retirements between 2003 and early 2013, had been employed between the 1960s and 1990s in areas of the plant that were allegedly contaminated with asbestos fibers.
They were subsequently diagnosed with illnesses including mesothelioma, a cancer linked to asbestos.