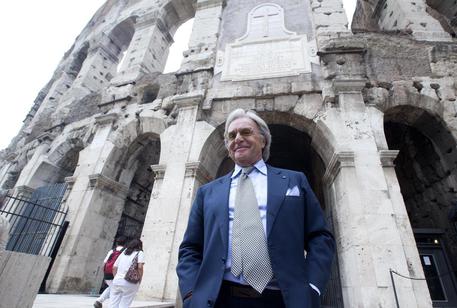 (ANSA) - Rome, September 4 - Tod's Group president and CEO Diego Della Valle, who financed the 25-million-euro restoration of the Colosseum, told the Financial Times in an interview Thursday that out of six government ministers he met with, four were imbeciles.
"Ever since I began talking about the restoration of the Colosseum I met with six ministers," he said. "Of these, at least four were imbeciles - useless people who just happened to be there," he said.
The owner of the upscale shoe company added the problem lies with the nature of Italy's political machinery.
"For 30 years or maybe more, Italy's administrative apparatus has been so mismanaged it's easier for us in the private sector to say: move over...we'll take care of it," the shoe king said.
Della Valle also announced he will open the headquarters of his new political movement, called We Italians, in Milan in October.
"It sounds like a party, but it isn't," he clarified.