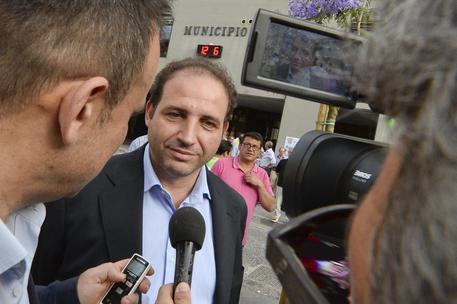 (ANSA) - Naples, September 21 - Neapolitan city police launched a major stop-and-search operation in the historic centre of the port city Monday after bystanders prevented a police patrol arresting a group of young thugs, police said.
The patrol was allegedly roughed up by passers-by Sunday night in the town of Giugliano outside Naples after they chided a group of youngsters and then sought to hold them for questioning when they hurled insults at the officers.
The police were surrounded by a 'baby gang' of teenage hoods and a group of passers-by described by Giugliano Mayor Antonio Poziello as "pseudo-respectable, people who are quick to criticise and then to behave differently".
A policewoman in the patrol was injured during the incident and required medical treatment.
Meanwhile in Giugliano and in the centre of Naples the entire municipal police force led by their commanding officer, Maria Rosaria Petrillo, combed the narrow streets stopping suspicious youngsters in a show of force.
"What is most sickening is that presumably respectable people helped these thugs to escape," said Poziello. photo: Poziello