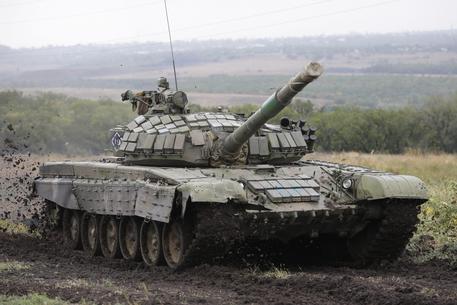 (ANSA) - Moscow, September 21 - A 22-year-old Italian has been arrested twice by Ukrainian frontier guards in the Donetsk region on suspicion of trying to join pro-Russian separatists fighting Ukrainian forces in Donbass, Ukrainian media reported Monday.
Diplomatic sources however told ANSA that the young Italian was held for questioning twice, on September 16 and 19, but was not formally arrested and was released, now being able to move freely.