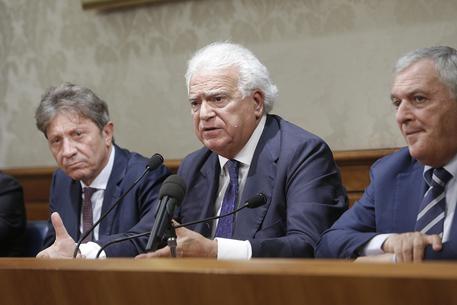 (ANSA) - Rome, September 21 - Another Senator on Monday split from Silvio Berlusconi's Forza Italia party to join former FI heavyweight Denis Verdini's new Ala caucus. Francesco Amoruso accused Berlusconi of inconsistency in first backing a Senate reform as part of a deal with Premier Matteo Renzi, and then describing the reform as authoritarian, "tantamount to ushering in a dictatorship", after pulling out of the deal. Ala, which now numbers 11, has been touted to save Renzi's reform plans in their current form after a PD minority said it will seek to change them to elect the new regional Senators by universal suffrage.