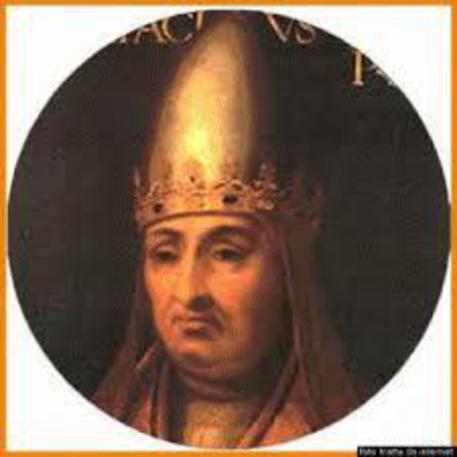 In over seven hundred years of history, the Jubilee has changed drastically.
The first 'holy years' were under two highly controversial popes known for their 'lack of spirituality': Boniface VIII, who proclaimed the first Jubilee in 1300, and Alexander VI, the Borgia pope who acknowledged fathering several children by his mistresses. The pilgrimage began as a way to request "indulgences": those baptized continued to sin and the punishments were often too harsh. Thus, it was seen as better to travel to Rome to ask for forgiveness for the sins committed. Those who did not want to bother with the months-long trip could make a cash donation instead. And so, between the people arriving in Rome and the donations sent by those who stayed home, "the Jubilee, especially from 1400 onwards, was a chance to revive Rome - both before, as the city needed to be made decent, and afterwards, with the money raised during the holy year," historian Lucetta Scaraffia said on Tuesday at a conference on the Jubilee organized by Greenaccord and Ordine dei Giornalisti.
And prior to the confraternities that organized the pilgrims' arrival and stay, the holy year was a chance for businesses of ill repute and prostitutes to make a great deal of money. Over the first few centuries, "two-thirds of the pilgrims", the historian said, "were men, for the most part young, who arrived in Rome after long journeys". Prostitutes "worked" a great deal in those months and "even offered food and lodgings for money. Matteo Villani, who chronicled the 1350 Jubilee, wrote that 'everyone in Rome became hoteliers'. The Jubilee has always been a source of wealth for the Romans," she said, noting that "Cola di Rienzo went to Clement VI in Avignon in 1342 to ask the pope not only to return, but to call a Jubilee since Rome was in such bad shape." And so, a Holy Year was held in 1350. The Jubilee was a chance for Rome to be "reborn" artistically as well. The inventor of the Jubilee himself, Boniface VIII, commissioned works by Arnolfo di Cambio and Giotto and 'large-scale works' were also erected - ones that have remained standing throughout the centuries and are now a symbol of the holy city. Scaraffia noted that the money from the 1450 Jubilee was used to purchase the Codices for the Vatican libraries. The Trevi fountain was built for the 1725 holy year and Jubilees were also behind the Spanish Steps and the Santo Spirito hospital, and the Grand Jubilee of 2000 was "a triumph for the Church, the only entity able to celebrate 2,000 years of history." On December the Jubilee called by Pope Francis will start, an "anomalous one, outside of the established timelines and less Rome-centric. It will be a year of grace to acknowledge God's mercy and a historic occasion to experience a very different Jubilee from the ones we've had thus far," she said.
photos: Alexander VI, the Borgia pope, and Boniface VIII