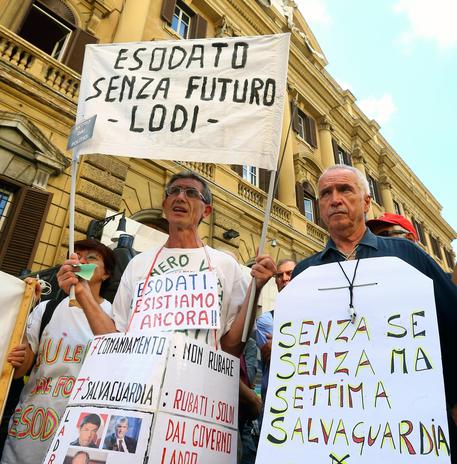 (ANSA) - Rome, September 15 - Labour unions on Tuesday described as "totally unsatisfactory" a meeting with Treasury officials to find a solution to the situation of unemployed workers who are in advanced adult age but without access to pension rights for a number of years. "The mobilisation continues," said Italy's three biggest labour union confederations CGIL, CISL and UIL after the meeting with Treasury undersecretary Pier Paolo Baretta.
Baretta reportedly proposed another meeting in a fortnight.
Meanwhile the economy and labour ministries said in a joint statement Tuesday that the government was working to relieve the 'discomfort' faced by the so-called 'esodati' (exiled ones) created by the controversial 2011 Fornero pensions reform, introduced by the technocrat government of Mario Monti as part of austerity measures introduced to shore up Italy's struggling economy.
Lawmakers have since intervened on six separate occasions to safeguard the esodati, but approximately 50,000 people have allegedly slipped through the net.