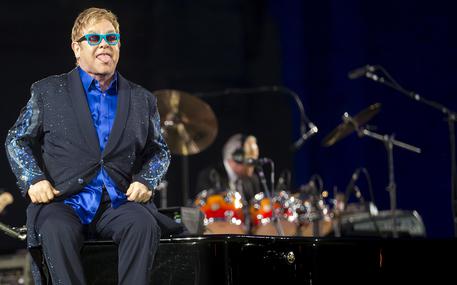 (ANSA) - Moscow, September 15 - The Kremlin on Tuesday denied Elton John's claim that Russian President Vladimir Putin had called him following the British pop singer's criticism of Moscow's stance on gay rights. Kremlin spokesman Dmitri Peskov, however, says Putin would be willing to discuss the rights of sexual minorities if Elton John requested a meeting.
Earlier on Tuesday Elton John thanked Putin on his Instagram account for "reaching out" with a phone call and said he looked forward to "meeting with you face-to-face to discuss LGBT equality in Russia". The singer recently said Putin's position on gay rights was "ridiculous" and asked to have a chat with him over a cup of tea.