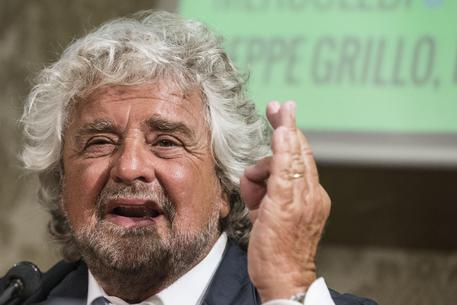 (ANSA) - Ascoli Piceno, September 14 - A judge here handed a suspended sentence of one year to 5-Star Movement (M5S) leader Beppe Grillo on Monday, for defamation of university professor Franco Battaglia.
Grillo publicly insulted Battaglia during a speech on nuclear energy in May 2011 in the town of San Benedetto del Tronto, over an appearance Battaglia had made on the TV program Anno Zero. Referring to Battaglia's comments, Grillo said, "You can't let an engineer (...) go on television and say, with nonchalance, that no one died in Chernobyl. I'll kick your ass, I'll throw you out of television, I'll report you to the police and send you to jail".
Battaglia testified that his car was also vandalised and he received a "strange phone call" prior to the act of vandalism.
Grillo was ordered to pay a fine of 1,250 euros, and Battaglia was awarded compensation of 50,000 euros.