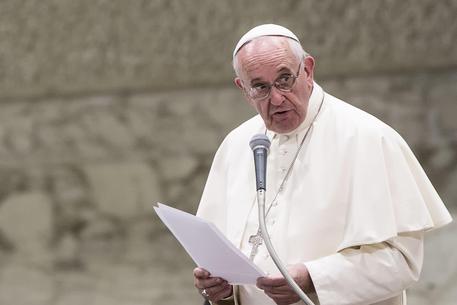 (ANSA) - Vatican City, September 8 - The Vatican on Tuesday announced significant changes to 300-year-old procedures on marriage annulments, including setting up a fast track where cases are clear, putting bishops in charge of cases and cutting the number of necessary trials from two to one.
The new rules will come into force on December 8 to coincide with the start of the Extraordinary Jubilee dedicated to mercy. In a motu proprio document signed on August 15, Pope Francis set out shorter procedures leading to a declaration of marriage invalidity when this is "supported by particularly evident arguments" such as lack of faith, brevity of cohabitation, abortion to stop procreation and long-lasting extramarital affairs. The local bishop will be the judge. A single sentence will be enough for a marriage to be declared invalid under the reform of canon law. Previously two sentences were needed.
The reform comes a year after Francis decided to set up a special commission to examine the annulment process over concerns that it took too long and was seen as unfair to practising Catholics.
Under the old rules first-instance trials should have lasted a year and second-instance trials no more than six months.
However, "in reality cases lasted no less than two years and sometimes five or even ten years," Monsignor Alejandro W.
Bunge, prelate auditor of the Roman Rota, the highest appellate tribunal of the Catholic Church that previously had the last word on annulments, explained.
"However, in order for proceedings to be faster judges need to sleep a little less," he added. Under the new system annulment trials will be free of charge except for the "fair compensation of the court workers", the Vatican said.
Canon law on marriage annulments had been "identical for three centuries" since Benedict XIV's reforms, Monsignor Pio Vito Pinto, deacon of the Roman Rota and president of the special commission, said Tuesday.
The pope followed the work of the commission personally and asked to be brought up to date regularly, the prelate said. Francis then took the decision to introduce the reform "with great serenity", also because the commission had approved its final report "unanimously", he added. Monsignor Pinto also told journalists the reform had been deliberately linked to three Marian feast days: the feast of the Assumption on August 15, the feast of the Nativity of Mary on September 8 and the feast of the Immaculate Conception on December 8. http://popefrancisnewsapp.com/