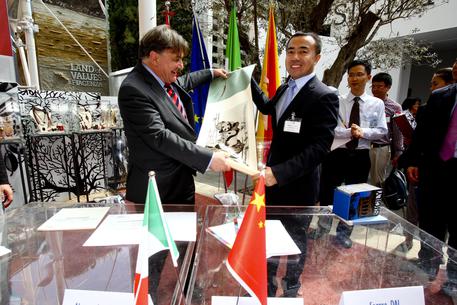 (ANSA) - Milan, August 28 - The Chinese surname Hu has become the most common among new entrepreneurs in the region of Lombardy, followed by Chen and the Indian Singh.
The first Italian surname in the standings is Ferrari at fourth place only, followed by Colombo.
The information compiled by the chambers of commerce of Monza and Brianza regards new firms created in the region from January to August.
After 5th placed Colombo the next Italian surname is not until 13th placed "Signor Rossi" preceded by Ahmed, Lin, Mohamed, Zhou, Wang and Liu. In Bergamo province the 'winning surname is Locatelli, in Como and Lecco it is Colombo, in Monza and Brianza it is Villa, in Pavia the Ferrari, while the Hu beat everyone in Milan and the Singh are the most common in Brescia, Cremona, Lodi and Mantua.
Hu also is the most common name among the owners of firms started in the Veneto and Piedmont regions between January and August 2015 while Hossain wins in Lazio and Chen in Tuscany.
Italian surnames prevail in Puglia with Greco and in Emilia Romagna there is a tie between Hu and Rossi.