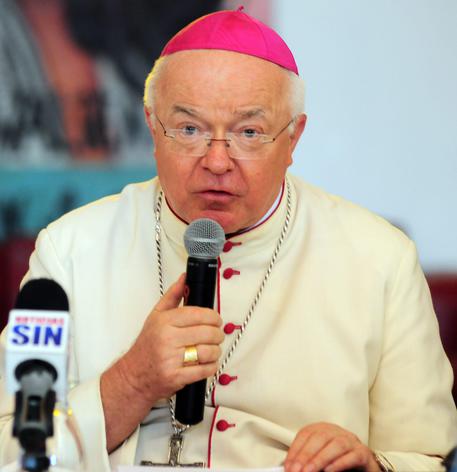 (ANSA) - Vatican City, August 28 - The former papal nuncio to the Dominican Republic and former archbishop Jozef Wesolowski died Thursday night in the Vatican, ANSA learned Friday. The Vatican later confirmed the death, saying it was most probably from natural causes and that results of an autopsy will be made known as soon as possible.
A Vatican canon law tribunal defrocked the Polish ex-prelate, who was 66 at the time, in June 2014 after finding him guilty of child abuse. The Vatican arrested Wesolowski last September, after Pope Francis gave the green light, and put him on trial for paying for sex with minors while he was a Vatican ambassador in Santo Domingo as well as possession of child pornography.